CK Miller Designs, Inc. is a full service advertising agency focusing on producing video content for web or television, the web sites to deliver this video, and media placement to help businesses better focus their advertising dollars in a rapidly changing marketing environment. Jimmy Miller is the owner, producer, and media buyer for CK Miller. 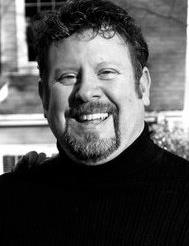 Jimmy has a degree in Music Education from Appalachian State University, but realized quickly in his teaching career that there were other challenges ahead for him in the business world. Starting out in the Printing industry as an account representative he learned the moving parts of the printing industry and started studying the art of marketing. In the Pre-Internet days this focused on printed materials delivered through some form (brochures, direct mail, newspaper inserts or ads) or the broadcast media at the time, TV or Radio.

From printing he began in radio selling advertising, writing scripts, and helping produce spots that were sold, even lending his voice now and then. Then he was recruited to sell web design and web sites for a budding development firm in the Triangle Area of NC. As a bleeding edge company (at least for North Carolina) this company rode the first emerging waves of the Internet and had a brilliant vantage point to watch it begin to become the media delivery service that it is now.

Eventually Jimmy started his own side-business creating web sites and serving small businesses in a consulting capacity which led to a long relationship with a major remodeling firm where he has produced TV commercials, web presences, Search Engine Marketing strategies, and thousands of print ads placed in newspapers and direct mail pieces all over North Carolina, Virginia, and South Carolina. He is well known among broadcasters, newspapers, and direct mail companies serving these areas as a solid media buyer with a penchant for tough negotiations.